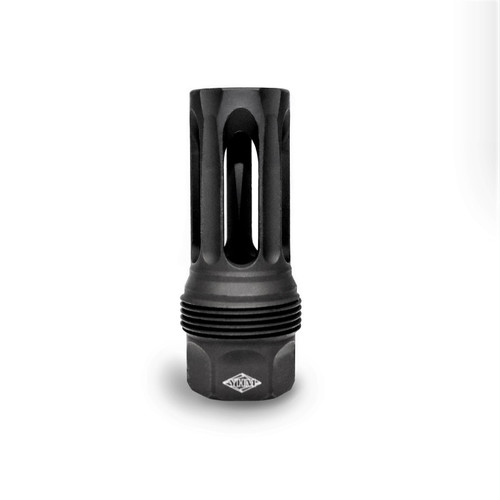 YHM’s new line of sRx™ products were designed with aesthetics and ease-of-use as the top priorities, and that is no different for the YHM ® sRx™ Flash Hider (YHM-4405's). This Q.D Flash Hider comes in two variations (1/2 x 28" & 5/8 x 24") and it's compatible Q.D. Adapter/Mounting Interface attaches to the industry standard (HUB) 1-3/8” x 24 threads. It features an internal taper seal-in front of the threads-that locks your suppressor on and forms a tight seal to contain gasses while in-use. This means no gasses or debris can build up on the threads.

The sRx™ Flash Hider adds minimal length and weight to the suppressor set up, while also allowing you to reap all the benefits of the new YHM® sRx™ System-when used in conjunction with The sRx™ Adapter. The full YHM® sRx™ (Suppressor Rx) System will be the obvious choice for someone looking for a sleek, low-profile, suppressor set up-that’s also built to withstand rigorous use. This is our prescription for the shooter who cares about the aesthetics of their build as well as its ease-of-use.

Some of the exciting new benefits of the YHM® sRx™ System are as follows:
• TIMELESS. (No need to shim/time to barrel)
• Small/low profile
• No moving parts
• Large taper in front of the threads allows for consistent mounting.
• Lighter than many Q.D. mounting offerings on the market
• Can be permanently attached to firearm barrel needed

The YHM® sRx™ System-just what the doctor ordered!

As always, all YHM® Products are covered by our Lifetime Manufacturers Warranty--more information HERE.